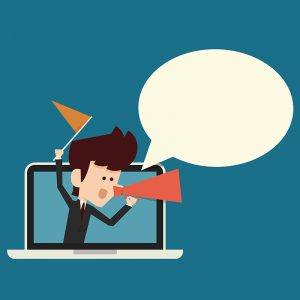 What Does This Tell Me About My Advertising Mix?

When PricewaterhouseCoopers recently released an Interactive Advertising Bureau (IAB) sponsored study stating that 2013 Internet advertising revenues surpassed that of broadcast TV by 7 percent, it felt in many ways like a seminal changing of the guard. The usurper, having long since shed its “new” media moniker, had really gone and done it this time. It had dislodged the long time king of the advertising world – the medium of Lucy and Sam and Rachel, no less. Things will never be the same, and directors of marketing and media planners across the country need to go back and revise their media mix, right? Well, probably, but not because of this.

Going back a few years to the turn of the century, there was another television watershed. This was around the time that advertising-supported cable viewing first overtook broadcast TV. It was a boom time for local cable sales, stealing share and expense-fueled lunches from the broadcast crew. Of course, that share was from 200 odd channels, not four or five. For advertising agencies, it was, quite frankly, a lot more work. For advertisers, the fragmentation of the media world meant better targeting, more relevant content and an affordable entry point for TV. Let agencies worry about reach.

From a consumer’s point of view though, it was all TV. Back then it was fashionable to talk about “appointment viewing” – where viewers would plan their activities around a weekly episode of Friends or Sex and the City, perhaps hosting a little party and making an evening of it. Advertisers coveted these times because they figured the viewer was so much more engaged with their show, more likely to watch and enjoy the ads. Little Super Bowls if you will. During this time, however, viewing habits were changing and good marketers were adjusting their media investments accordingly.

Fast-forward to today and we’ve digitized that fragmentation. Privacy laws notwithstanding, we’re pretty much able to target the individual. We’ve got all the relevant content and targeting of cable, and then some, plus behavioral identifiers that transcend the traditional demographics of yesteryear. If appointment viewing focused on the “when” as much as the “who,” we’re now also concerned with the “what,” as in what are they doing at that time? We know that conversion metrics are different when using social media, or reading the news online in the morning, or being retargeted at the weekend.

But let’s put the revenue numbers in the report into perspective. First, when we combine all TV revenue including cable, TV is still comfortably ahead, bringing in $74.5 billion combined. Second, TV’s share of all advertising revenue has actually remained fairly flat in the last few years; the increase in digital has come at the expense of other media such as print and radio. And third, close to a half of that digital revenue is from search based advertising sales. Because of entry costs, almost all TV advertisers will also have a digital component to their campaigns, but most online advertisers will not use TV. What is of critical importance here is that no one would think of comparing TV advertising with paid search, and so advertisers have to take a step back and look at the bigger picture.

Advertising sales revenue numbers are notoriously slow to catch up with actual consumer media habits, and, really, your customer behavior is what matters in your media mix, not what national expenditure is doing. For example, in 2013, newspapers accounted for 2.5 percent of time spent consuming media in US adults, but still took in 10.3 percent of ad revenue. Conversely, mobile time spent was 28.7 percent, but ad revenue just 4 percent. Ad spend on cable TV still hasn’t caught up to broadcast.

So, rather than focus too much on where advertising budgets are being spent, there are other guidelines that will better serve marketers when allocating their budgets. The following five processes should allow you to more effectively set and manage your media mix, and its role within the marketing communications plan.

The key is to understand your customers’ media habits, and ascertain how to use these insights to create a marketing program that will deliver your advertising objectives. Syndicated research such as MRI (www.gfkmri.com), Nielsen Local (www.scarborough.com) and eMarketer (www.emarketer.com) are great tools to help you set up the best media mix and key performance indicators (KPIs) for your campaigns. “Lookalike” profiling tools allow you to identify who your current online customer is and apply these profiles to find others just like them through digital targeting. Use all of the tools you have at your disposal to formulate the best possible plan for your campaign. However, keep in mind that there is no one size fits all here and the initial version of a plan should be adaptive to results. Technology changes so quickly that if your agency seems to be bringing you the same proposals and tactics time and again, you might want to question exactly how much research and planning they’re putting into it.

Just as you wouldn’t expect the role of TV to be the same as paid search, all your media tactics should have their own measurable results that they are accountable to. Using a funnel approach is certainly not a new concept, but it really can help you to frame consumers’ planning and buying process. Getting them to the top of the funnel through brand awareness (e.g. TV, outdoor), educating them through content management (PR, social media, video, native advertising) and converting them through frequency and contextual relevance (radio, online display) means the sum of the parts are working towards a more effective result. Understanding this allows you to set return on investment (ROI) goals for an integrated plan that are driven by the individual efforts of all your tactics.

Many marketers think they are running integrated campaigns when all they’re really doing is running more than one medium at the same time. By setting goals as described above, you’re putting your plan in a great starting point and positioning it to work more effectively. A common mistake at this stage is to still judge every channel tactic by the same standards. It’s tempting to review initial results and want to cut where there are lower ROIs compared to other areas of the plan, but if you continued to do this you’ll eventually be running nothing but branded paid search. For one thing, it takes time to build traction and frequency that will affect behavior. Knee jerk reactions to the first media report can ruin all the good work before it’s even fully started. Ideally, the media plan and its individual elements also back up into a marketing dashboard that includes public relations, social media (content and paid) and CRM for a fully integrated communications program.

Analyze All Your Available Data

It’s possible that you’re sitting on a goldmine of historical data that could give you great insights. At the very least, studying patterns such as seasonality, spikes in web visits during media activity, or email engagement trends can help you understand more about what’s working and what isn’t. If you’re fortunate enough to have access to detailed client conversion data, and have enough media information from the same time periods, you can use more advanced mathematical techniques, such as regression analysis. This type of analysis can identify correlations between marketing activity (such as media spend, broadcast ratings, or print impressions) versus client results such as website visits, calls, revenue, or other lead or conversion metrics. This can be used to build predictive models that help maximize the efficiency of campaigns by identifying the most effective media weights, timing and mixes. You might be surprised to find out that you’re spending too much on some media, or that certain tactics work best on particular days of the week.

Having said all that, the best planning in the world doesn’t detract from the fact that every campaign will perform differently. What worked before may not do as well as you projected, or as successfully as last time. Being nimble within your campaign will allow you to tweak and adjust to optimize it, based on the results you are seeing. If there are fundamental shortcomings in the metrics being delivered, you may have calculated incorrectly and have to make more drastic changes, but at least you are working from a position guided by the numbers, and so have a logical process to follow. Making changes mid-campaign should not be seen a negative thing, rather adapting based on real-time learning.

We can’t control the economy, our markets or our competitors, but if you set your media metrics correctly up front and get all stakeholders’ buy in, not only will you produce a more effective plan, but you’ll have clear benchmarks by which your efforts can be judged. At the end of the day there’s nothing worse than sitting in a post campaign review without a hint as to whether it was a job well done or not.

The quick-service restaurant business is extremely competitive, and trends are always evolving, meaning you have to find ways to get new customers through the door. If you want to stand out and […]

Mental health may not look like other health issues, but it deserves a face in your marketing. Despite the fact that over 44 million adult Americans live with a mental health illness, […]

Does Your Business Really Need a Marketing Plan?

Defining Marketing Plans and 3 Essentials to Include in Yours Whether you operate a local business with a modest marketing budget or a Fortune 5000 company growing at an unprecedented pace, developing […]

Focus on Feelings: Take Your UX to the Next Level

Enhancing Your UX Through Feelings From websites to apps, user experience (UX) design is a crucial element to any successful online platform. Emotions play a critical role in decision making across all […]

Here’s Why You Should Go to Social Fresh

Our Social Media Manager’s Take on Social Fresh If you’re a social media professional reading this, chances are it was emailed to you by a supervisor who felt it was best that […]