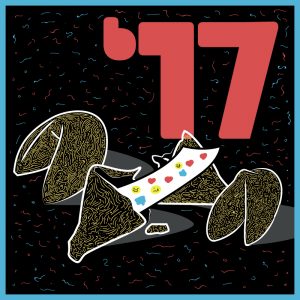 The social media landscape has come a long way since the days of 140-character limits and AOL buddy lists. Naturally, certain fundamentals have stuck around (i.e. image sharing, link inclusions, Facebook-like social hubs), while others have gone on to greener pastures (RIP Vine, Meerkat, Brightkite, etc.).

Apropos to this time of the year, we wanted to take some time and outline our predictions of a few social media marketing trends for 2017.

This year alone, platforms like Kik, Peach, and DUBSmash, to name a few, were overshadowed by flagship audio, video and messaging apps. Realistically, social media marketers can’t jump on every shiny, new app comes unto the scene, so it makes sense that so many have fallen by the wayside.

In light of that, 2017 will we a move towards fine-tuning the major apps in the wild, instead of constantly creating newer, more granular apps that don’t have as much shelf life. With that, more businesses will gravitate towards the major platforms for the bulk of their consumer needs.

The Power of Paid Advertising

As we move into 2017, gone will be the days of businesses relying on marketers to create “viral” content. Paid advertising will be the go-to method for establishing brand visibility and engagement. With the steady decrease in virtual space, as more businesses join the social media landscape, competition will become stiff as they fight for the some of the same audiences. This means a direct increase in social media ad spending for 2017.

Snapchat Get Its Groove

Aside from the fact that Snapchat has defied many of its naysayers, they’ve single-handedly brought moment-based communications into the forefront. This has caused users to create more single serving and live content than ever before. What comes next will be a shift in businesses exploring more creative marketing options, both on mobile devices and beyond.

Snap, Inc., Snapchat’s umbrella company, has already designed a more fashionable version of Google Glass with Spectacle, so it’s only a matter of time before they move to the next level.

Between its on again, off again CEO, and the scrutiny it fell under for online harassment issues, Twitter has seen better days. Some have been predicting Twitter’s demise for some time now, but they’re not ready to throw in the towel just yet. Nevertheless, Twitter users need and want more from the service, and are willing to jump ship to places like Snapchat and Instagram to fulfill that need.

Social media is ever evolving, which means there’s no way to truly pinpoint which trends will actually see the light of day. Ultimately, the trick has always been being able to discern which platforms and mediums can be best utilized to meet your clients’ unique needs.

From responsive mobile tech to advances with wearable devices and virtual reality, the possibilities are endless as to what social media marketing can achieve.