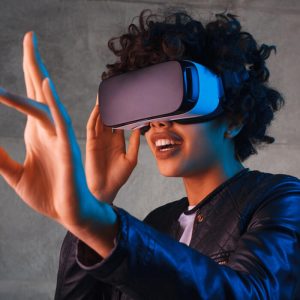 Advertising and the Virtual Reality Experience

Wirth virtual technology (VR), we’ve come a long way from the days of clunky, overpriced peripherals and questionable eyesight issues. Specifically, VR has seen a tremendous resurgence over the past decade with both gamers and early adopters of consumer electronics.

With its slow yet steady integration into the mainstream, some advertisers and brands are scratching their heads as to how the technology can be better used to engage with consumers, while other brands, like Nike, are already riding the wave of VR success.

Regardless, the advertising world will eventually have to make room for VR in the near future, so here’s a few things publishers and marketers need to be aware of as the industry moves forward.

It’s no surprise that consumers are beyond frustrated with certain digital ads, like banners and pop ups, as they’re considered general nuisances of the online experience. VR’s ability to give consumers more of a choice when interacting with sponsored ad content is advantageous to brands considering making the transition.

Consequently, companies like Facebook, Google and others are leading the charge to make VR more accessible to the average consumer. VR-enabled videos are already a common occurrence on YouTube and 360-degree interactive videos dominate several news feeds, so what’s the hold up for advertisers and publishers?

The Ethical Issues of Virtual Reality

The flip side of VR that some technologists and users fear is the idea of desensitization—the inability to separate the real world from the VR one. Ongoing studies are in place to monitor and interpret the implications of prolonged VR use, so before we start assuming everyone’s going to be jacked into the Matrix, realize that there are no current (and hopefully future) applications that keep consumers immersed in the VR environment for extended periods of time.

Another issue creeping up into the conversation at large is the movement to criminalize certain acts carried out against another within the virtual reality space. Granted, there are important legal and ethical issues that could come with the proliferation of VR, but again, they’re not immediate, outright concerns for both makers and users of the technology.

Ultimately, for every piece of revolutionary technology, there is an inherent dark side that can come when placed in not-so-great hands, so advertisers must do their due diligence to ensure VR is used safely, securely, and above all, ethically.

What’s Next for the Industry?

Much of VR’s potential success will rely on three factors: managing price points that are appealing to the consumer, leveraging device portability, and creating a practical, ease-of-use system.

All eyes will remain on VR, though, as the user base shifts to a younger demographic that isn’t nearly as technophobic and are willing to try new things, for longer, regardless of cost.